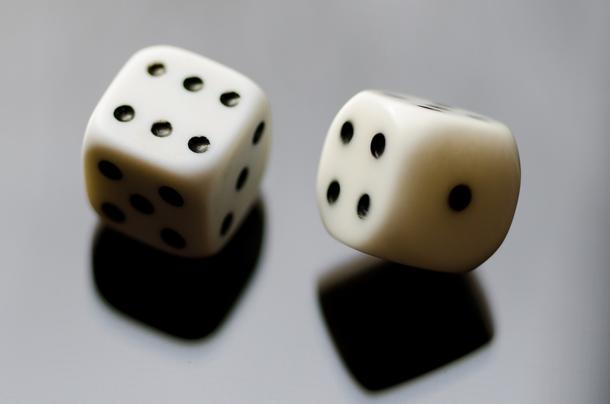 Crowdfunding as a method of fundraising has reinvigorated the Tabletop Games industry. It's no secret that crowdfunding giants like Kickstarter and Indiegogo have played a huge role in the success of this model, however, we haven't seen an evolution in the way crowdfunding actually works, or what crowdfunding really means.

If you do a quick Google search for "crowdfunding," you'll find the all-knowing Wikipedia definition to be fairly straightforward and simple:

"Crowdfunding is the practice of funding a project or venture by raising many small amounts of money from a large number of people, typically via the Internet."

Pretty easy, right? Lots of little numbers pushed toward one effort make a big number. Big numbers make things actually happen. That's why those who stream video games on Twitch or collect advertising revenue from YouTube can make a living creating and broadcasting content. No longer is it required to have an angel investor take a chance by funneling a large sum of money to jump-start an idea. The barrier-to-entry is much lower in many cases.

The same concept has been clearly applied to Tabletop Game and Accessory publishers and creators. We've seen a great deal of publishers push out some great games through crowdfunding that would otherwise never have seen the light of day due to the relatively high costs of conceptualizing, producing, and distributing a product.

But crowdfunding for the Tabletop Games industry so far has been done on platforms that serve everyone. There's no specialization, no curated content, and no evolution tailored to the individual niche.

"Niching Down" is a fairly well-known concept. And while this reduces the target audience to focus on a specific piece of the overall pie, the focus is pointed, the goals are clear, and the service is dedicated to the well-being of the niche it's serving. This ultimately results in the further perfecting of a concept, rather than limiting the definition of "crowdfunding" to what we have become used to.

First things first, we call our members by a few different names to instill a better sense of community around our site and its campaigns. Here are some terms you’ll see and what they mean

Makers: Creators of tabletop games and accessories, allowing the heat of crowdfunding on Breadmaker Games to bake their game to perfection. They’re looking for excited bakers for their campaigns.

Bakers: These are folks like you and me who bake their dollars into campaigns on our site. Bakers are drawn toward the heat of a campaign in the oven and are compelled to add some heat of their own by the makers.

At Breadmaker Games, we're taking the next step toward perfecting the crowdfunding model for Tabletop. Here are a few tenants of crowdfunding we're tackling:

We'll be working very closely with makers of campaigns on our platform to make sure that everyone has skin in the game before the campaign is live. By carefully screening makers and requiring a detailed plan for execution of a successful campaign, we are attempting to give makers and bakers alike the best possible chance for success.

The rule of thumb we're using is this: By the time a project reaches BreadmakerGames.com, all components for execution of a successful campaign and its associated rewards will be in place. Basically, the maker simply needs to know "How many of X, Y, and Z, do we need?"

This ensures that makers are accountable for their campaign and that a responsible approach to crowdfunding is being taken while instilling further confidence in our bakers by knowing that each campaign has been carefully evaluated for legitimacy, feasibility, and ultimately fulfillment.

Straight forward, no fluff. You looking for a particular game or accessory? You search for it. You looking for a game with zombies, can support 6 players, only takes 45 minutes max to play? We can tell you if there's a game on our platform for it.

You won't be sorting through tons of irrelevant content or scrolling through the campaign page to find these common details. The concepts are simple: find a project, support a project, receive a reward. You'll be notified during all important stages of the process as you've come to expect with the ability to contact the maker, receive regular updates, and share the campaign with friends online.

We've already talked about supporting makers and bakers from conception through to fulfillment, but what happens after a campaign has been completed and the bakers have received their rewards?

It's important to us that a quality product is successful at all points of its life-cycle. For this reason, we've created an after-market storefront for makers of successfully crowdfunded products to host and sell these products post-crowdfunding: The BMG Marketplace. This will allow makers to continue to see sales of their products when they would normally fall by the wayside after fulfillment of their campaign if it hasn't been adopted into the retail environment.

This also allows gamers who may have missed out on initial campaigns to find crowdfunded products conveniently in one place.

The FLGS could be seen as a competitor to the crowdfunding model, but we see them as partners to continue the success of quality products. Through the FLGS Whole Grain Program, we are enabling FLGS's across the United States to pledge for bulk orders of pledge rewards on campaigns at BreadmakerGames.com. The program is free to join and allows game stores to sell crowdfunded products in their stores with permission from the maker.

We anticipate this will continue to drive popularity and sales of great crowdfunded products while giving access to "offline" buyers to obtain games they may have missed out on during the campaign period. For more information on the FLGS Whole Grain Program, click here.

We think these few features are the first step in the evolution of perfecting the crowdfunding model for the Tabletop Games industry and hope you'll help us realize the potential that we see.

We're currently looking for publishing partners (makers) who are eager to crowdfund their game or tabletop accessory with their current audience to help jump-start our platform.

We can't do it without you, so please comment or email me at larry@breadmakergames.com to get some more information about how we're looking to transform crowdfunding for Tabletop Games. Thank you.